What Denmark is actually doing to combat the climate crisis 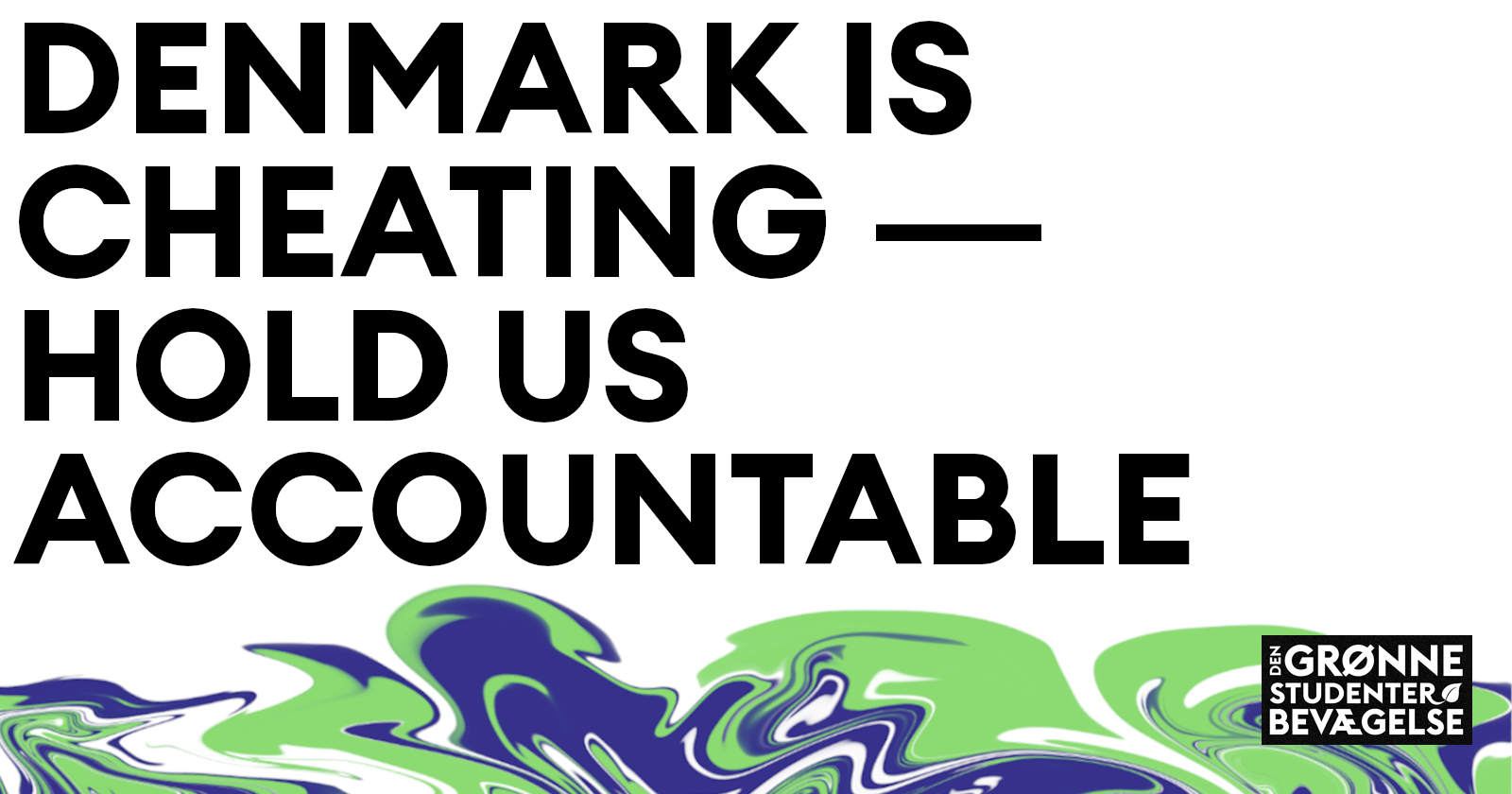 As the Glasgow COP26 approaches there are many countries, NDCs and national policies to grasp. We are a group of young people from Denmark who are coming to Glasgow to set the record straight about the current Danish government’s efforts to combat climate change, and to demand more from our national and global leaders. Denmark is just one country among many that is not doing enough.

In June 2019 Denmark had its national election. Having won the election, which was later coined “Denmark’s first climate election”, The Social Democratic Party entered into government. In the fall of 2019 an overwhelming majority in Parliament agreed to set a 2030 target to cut emission by 70% (compared to levels in 1990) and reach carbon neutrality no later than 2050. These were ambitious goals, but also barely above the minimum reduction levels Denmark needed in order to live up to the Paris Climate Accord.

After agreeing on this Danish “Climate Law”, the government started negotiating agreements on how to reduce CO2e emissions in each of the large emitting sectors like transportation, energy and industry, agriculture, etc. As these agreements landed one after one, it became evident that the government was pursuing a so-called “hockeystick strategy”. This meant that they not only were pushing decisions and actual emission-reduction to later in the decade, but also relying on unavailable technology to realize reduction goals. Due to their non-detailed plans and high dependency on non-existing technical solutions the government was subject to a great deal of scrutiny. In particular, the decision to push the potential implementation of a carbon tax to 2023, was heavily criticized by experts from fields ranging from economics to natural sciences.  In February 2021 the government's own expert panel and climate watchdog, “Klimarådet '' deemed the government’s initiatives “insufficient”,provoking a parliamentary response to demand that the government deliver more concrete climate mitigation policies.

Despite this, the government has still not managed to present a nuanced and concrete plan to tackle climate change now. While some policies have received international acclaim, including Wind Island and the decision to set an end-date for oil extractions, these are agreements that are either undetailed and underfunded, or working with deadlines that are centuries in the future. In the fall of 2021, just months before COP26, the government has presented a roadmap (“Klimakøreplan”), that has once again been criticized for postponing policy-making to mitigate climate change to 2025. Moreover, this government, with the support of a parliamentary majority, continues to invest in fossil fuel projects. These include building a gas-pipeline in Nykøbing Falster at a cost of 106,5 mio euros (792 mio. DKK.) and investing 7 billion euros (52 billion DKK), the largest infrastructure plan in Denmark’s history, into paving more roads.These decisions  ignore the necessity of lowering emissions in the energy and transport sectors, and backtrack on developments towards a low-carbon future society.

The Danish government continues to rely on a technological fix to the climate crisis, despite warnings of the long timelines and significant insecurities of such a strategy. This is most recently exposed in the agreement to cut emissions from agriculture from October 2021, where only a few of the reductions came from well known solutions, and the rest relied on potential technical solutions - that are impossible to guarantee. The government refused to reduce the amount of animal production, which contributes to 90% of the agricultural sector's overall emissions,  and ⅓ of Denmark’s overall emissions. Similarly as within the energy, transport and industry sectors, they are relying on future solutions for problems that require immediate action. It is irresponsible, and will come with catastrophic consequences for the planet, biodiversity, and current and future generations.

The Danish government needs to utilize existing, reliable solutions now to solve the major problems in our country's main emission sectors. These include:

In addition to implementing the above domestic strategies, the Danish government should start paying its climate debt and pay climate adoption funds to countries in the Global South that already are facing the severe consequences of climate change, consequences that Denmark has disproportionately contributed to.

Denmark is not ambitious in terms of climate policy. Denmark is on a trajectory to fail on its obligation to the Paris Climate Accord and the Danish government needs to be held accountable for this. If one of the wealthiest and most developed countries in the world is doctoring its climate books, and failing to take decisive political climate action, how can we expect the rest of the world to do so? 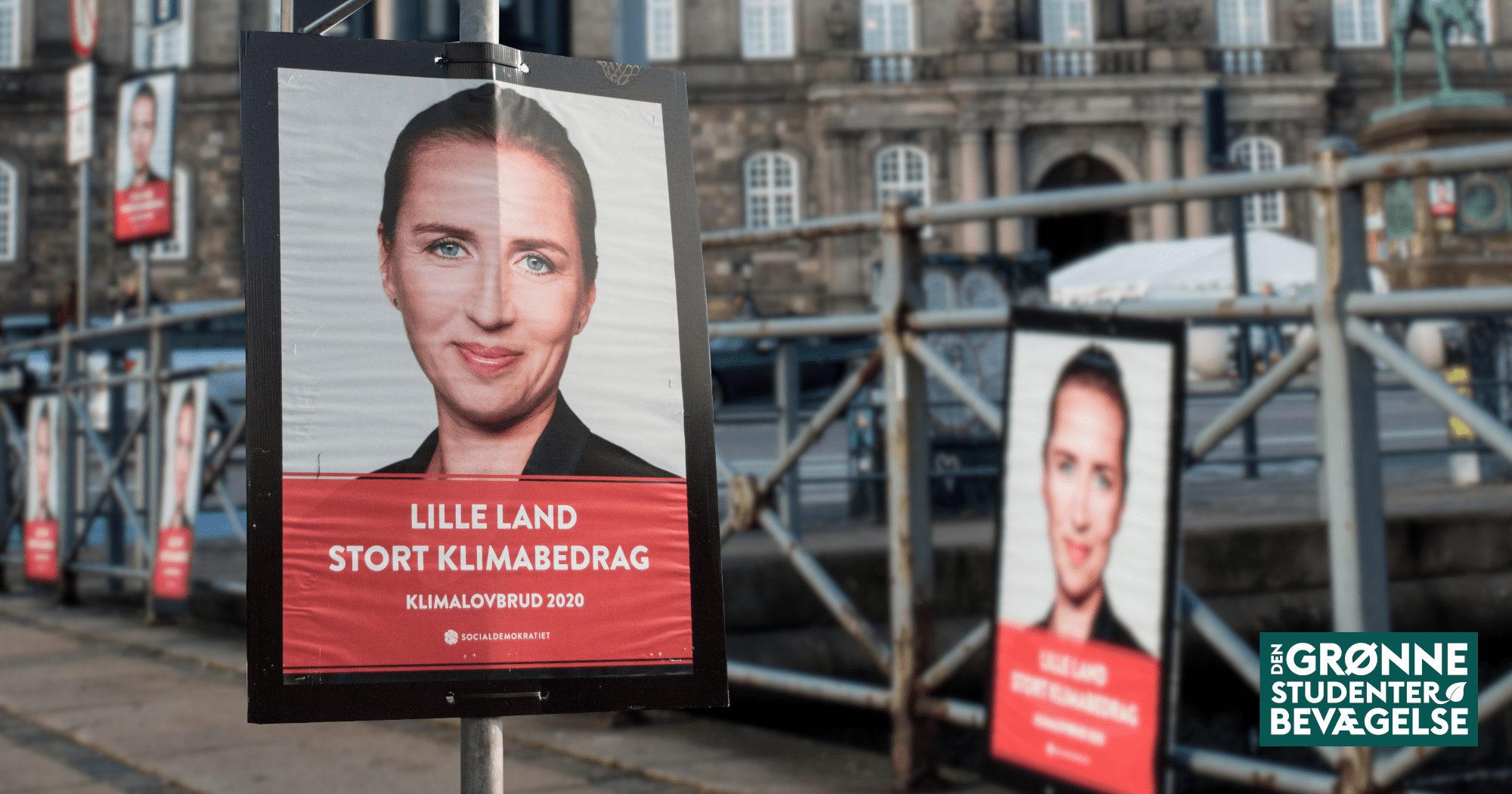 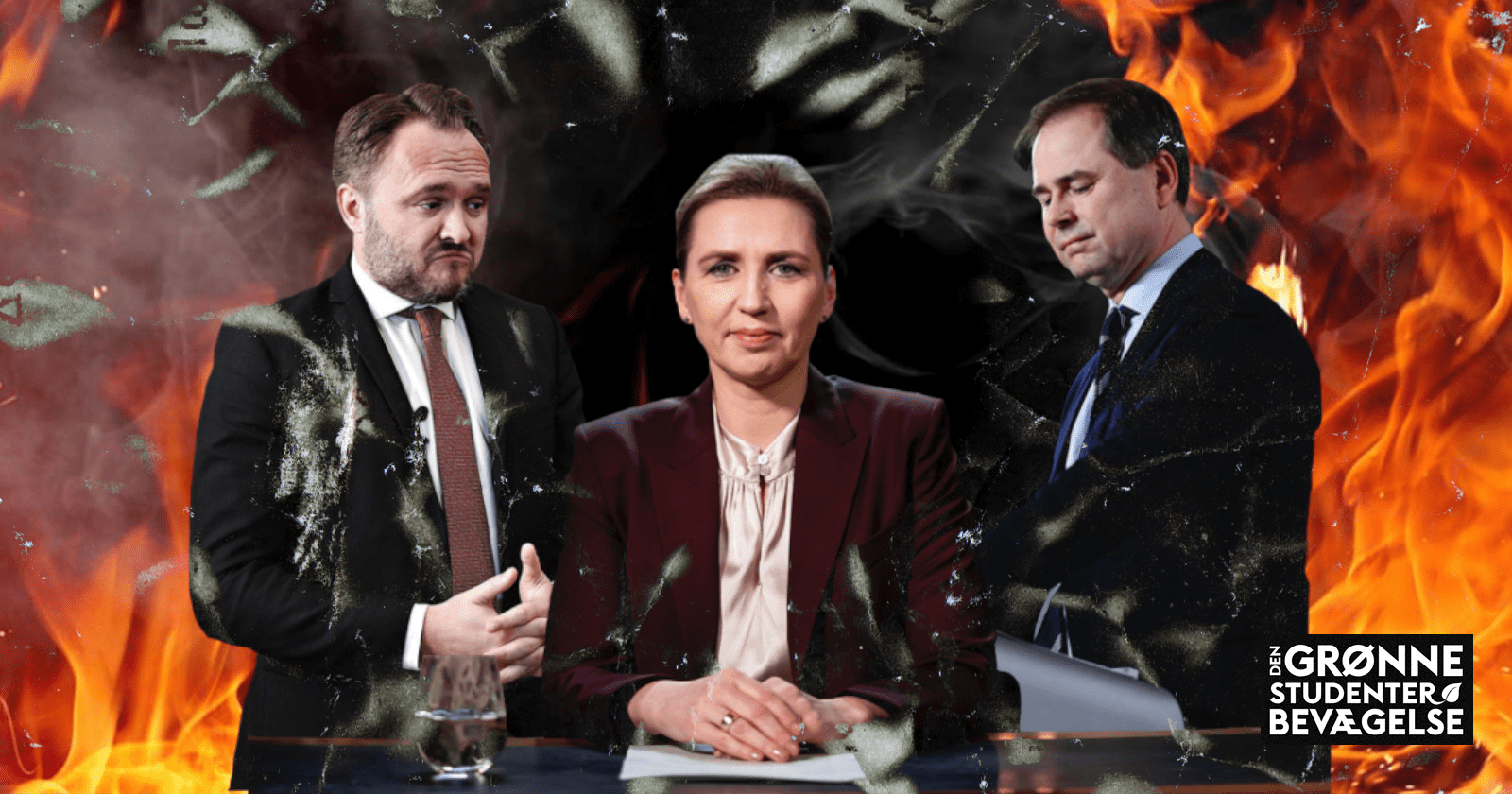